A total of 26 rowers representing 13 countries competed in the men’s double sculls event at the 2020 Summer Olympics, which took place from July 23rd to the 28th, 2021, in the Sea Forest Waterway .

Each boat in this race is propelled by two rowers, making it a “double scull” event. Sculling differs from sweep rowing, in which each rower uses a single oar and rows on only one side of the boat, as indicated by the “scull” part of the term. 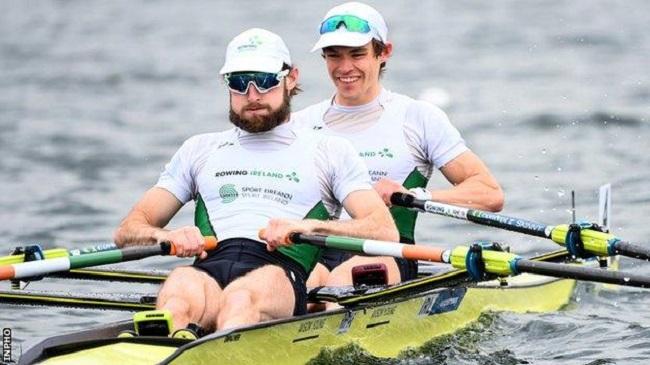 There will be several rounds of competition. The traditional three-round structure of the competition will be maintained. Each boat’s final placement is decided after a series of final races. The course utilises the traditional Olympic distance of 2000 metres, established in 1912.

There were three preliminary rounds in the first round. Only the top three boats from each heat advanced to the semifinals, while the others had to settle for the repechages.

In the repechage, competitors had a second chance to advance to the semi-finals. The boat’s semifinal race was determined by its performance in the repechage. There will be a repechage, with the top three boats advancing to the semifinals and the bottom boats being eliminated.

There were two sets of semi-finals, with six boats in each. The top three finishers in each heat qualified for the medal-deciding Final A. Other boats made it to the Final B round.

The finals took place in the third and final round. Ranks are determined after each concluding event. The top six places and medal winners were decided in the A final, while places seven through twelve were chosen in the B final.

There is an extra layer of difficulty in the lightweight double sculls since the crew has to get weighed before every race and must be under a certain weight limit. Crew members, on average, must weigh less than 70 kilogrammes (or 57 kilogrammes for women).

The increased intensity of the racing is reflected in the closeness of the final results, as all crews are of around the same weight.

The Men’s Final was Promoted as a Matchup Between Germany and Ireland.

Throughout the Olympic regatta, Osborne and Rommelmann of Germany raced with unwavering resolve. Both O’Donovan and McCarthy would need to raise their game.

After a strong start, Germany found themselves in the lead, with Italy and Ireland close behind. O’Donovan and McCarthy were in the lead into the last 500 metres. The Germans kept up their pressure.

The Irish, who are famed for their incredible speed, maintained their lead. Osborne and Rommelmann deserve all the credit in the world for keeping up with the Irish finishing pace and winning silver. Ruta and Oppo were overjoyed with their bronze medal performance.

The women’s gold medal won by the Italian duo of Rodini and Cesarini was an unexpected outcome at these Olympics. Both parties had to work at it. There were still just 500 metres to row, and the race was extremely close.

The Dutch crew of Paulis and Keijser held a narrow lead in the sprint to the finish line. However, as everyone sprinted for the line, a small crab was caught. It was a close finish, and the crews were on edge until the winners, Rodini and Cesarini, were revealed.

The French duo of Tarantola and Bove won silver, and the Dutch duo of. Britain finished fourth, only one place and one hundredth of a second short of a medal.