Damian Biollo drove to Hudson Yards with his wife on a recent Sunday afternoon to meet up with a drawing group that usually meets in Central Park, where the mysteries of mother nature are much more reliably revealed.

When they arrived at this day’s venue, a mall-cum-business park, they found something out of context and stunning—a small creature with two pairs of wings, the front of which was pale grey neatly dotted in black and accented in shining pink, while the back was smaller and accentuated in shiny pink. It had found a place for itself near a Substantial Line entrance. 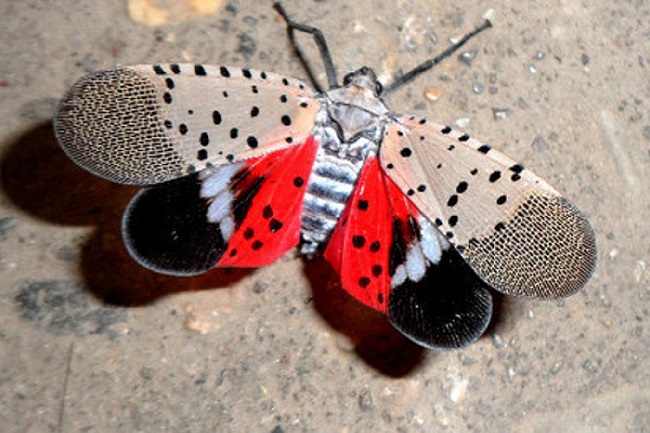 Someone who lacked Mr. Biollo’s acute sense of minutiae may have mistaken his sketch for an element of a beautiful Chinoiserie wallpaper. However, he was acutely aware that he was in the presence of something sinister. After just two attempts, he was able to get things under control.

Lycorma delicatula, an invasive pest from Asia that arrived in the United States seven years ago and in New York City last year, has been placed on the Most Essential list of local environmentalists, who have enlisted the help of a Common Patton-like force to rid the city of the invasive pest.

He told me that he spent 10 minutes stomping around looking for them and ended up killing 8. All across 34th Avenue, from 11th Avenue to 34th Avenue, they’ve been spotted.

During the course of two hours of study, he killed 76 people—40 of them in a matter of minutes. According to him, “I honestly felt like I was in a strange movie action.” After killing eight monsters, “I thought it was conceivable to get a substantial 10.”