After watching the opening ceremony of the 2008 Beijing Olympics with his middle school pals, David Kendziera knew he wanted to go there one day. Now, he is fulfilling that desire.

Kendziera recalled, “I believe I had a friend over, and we were all watching the Beijing Olympics opening ceremony.” “I was amazed and thought it was quite cool. Especially the opening ceremonies, followed by the athletes’ exit. 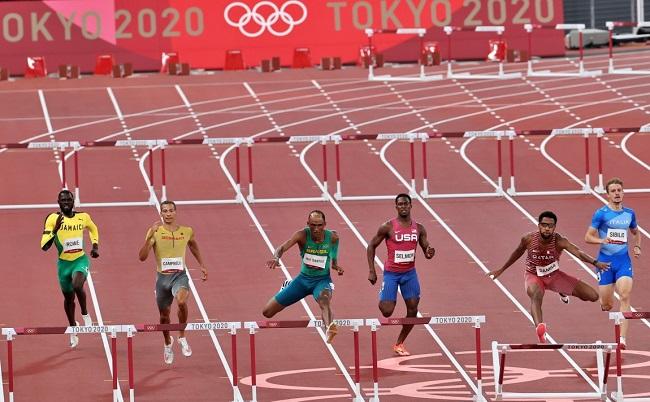 Consequently, this kind of piqued my curiosity, as one day, you know, I definitely want to be an Olympian because this looks so awesome. Then, gradually over time, it began to change.”

In sixth grade, he began his quest to the Olympics by competing in cross country and track, beginning with distance events. When the distance of cross-country races doubled from one mile to two, Kendziera realised he liked shorter competitions.

He disliked all the running, so he eventually switched to shorter events and has no intention of returning. In fact, he dislikes distance running so much that he has no intention of completing lengthy races for leisure once he retires from competitive running.

“Long distance is not my cup of tea,” stated Kendziera. “I have not yet found it really enjoyable. People are continually saying, “Oh, so once you’re done jogging, we assume you’ll run a marathon.” And I’m thinking, “Oh no, I’m going to avoid that with my life.”

By the time the 2012 Olympics rolled around, Kendziera’s ambition had become a little more concrete. He was a bit more analytical while observing the track events, noting the speed at which the Olympians ran.

He was also in high school and exploring college options. He estimated that he went out to roughly 10 to 15 colleges and received the most interest from smaller institutions.

Kendziera was a 10-time All-American and four-time NCAA medallist, earning Big Ten Track Athlete of the Year and the Big Ten 400m hurdles title in 2017.

In 2018, he set the Illinois 400m hurdles record (48.42) and has the second-best 60m hurdles and 110m hurdles time behind Andrew Riley, the last Illini men’s track theta to compete in the Olympics for Jamaica. Thanks for reading our article D. Kendziera Olympic Games Tokyo 2020.