The IOC expanded to include BMX freestyle and other sports like three-on-three basketball, while also introducing new competitions for women in established sports.

The International Olympic Committee said in a press statement posted on its website that the total number of invited athletes to the Tokyo 2020 Olympics would be reduced by 285. 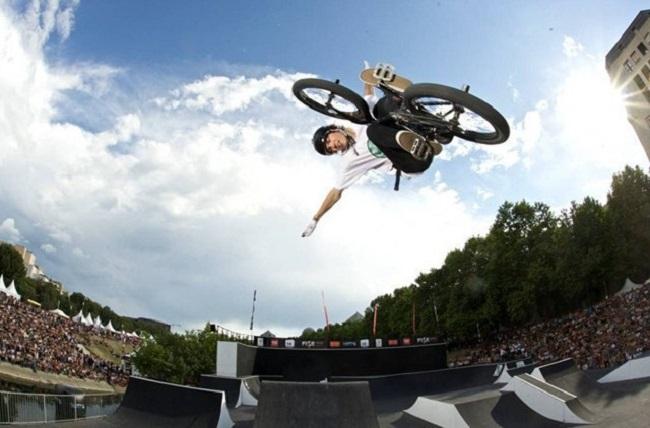 The International Olympic Committee has stated that the reduction in the total number of invited competitors and the addition of additional events for women mark a significant step toward attaining its aim of having equal gender representation in the Olympics.

The new sport is fascinating to watch develop: in just 60 seconds, freestyle riders can wreak havoc on an obstacle course. They try everything they can think of to fool the judges, who give them an average score based on 11 categories.

Each competitor gets two attempts at the final course, with the highest cumulative score determining the victor. The crazy backflips and front flips are entertaining to watch.

The United States is the birthplace of BMX freestyle, and one of its forefathers, Bob Haro, was a stunt driver in the E.T. film by Steven Spielberg.

The UCI, the international governing organisation for cycling, officially recognised the sport in 2016, and the first world championships were held in 2017.

Australian Logan Martin, The First-Ever Male to Hold the Title, will Travel to Tokyo as the Heavy Favourite After Reclaiming his Title in France just Last Month.

And his front flip, in which he completely detaches from his bike, is a terrifying feat of defiance against the laws of physics. Former X Games gold medalist and American Daniel Sandoval presents formidable opposition.

Hannah Roberts, a 19-year-old from South Bend, Indiana, has won three of the four women’s world titles since 2017. Charlotte Worthington of Great Britain, who placed third at the championships in June, is another contender for a gold.

The Ariake Urban Sports Park, located in the heart of Tokyo, will serve as the venue for both competitions. Skateboarding, another Olympic debutante, will be held in the same venues as amateur freestyle BMX, which is only fitting. Thanks for reading BMX Freestyle Park Olympic Games Tokyo 2020.