Yoga is one of the oldest forms of exercise which have innumerable health benefits. The history and origin of Yogasana can be bought back to the ancient Indus Valley Civilization (3300–1900 BCE) and the Pre Vedic period (1500-500 BCE).

The word “Yogasana” is derived from the Sanskrit word “Yuji” which means union, and “Asana” means a comfortable position. Hence, Yogasana or simply Yoga itself means the unification of mind and body through various exercises and poses.

It governs numerous exercises and workout activities such as meditation that helps in healing as well as calming the anxiety and stressors in our body. Yoga not only helps in physically repairing the muscles and tissues but also provides cognitive harmony and relieves stress.

Apart from providing physical and mental stability, yoga also helps in blooming spiritually. Hence, to alleviate an unhealthy and exhausted body, mind, and soul, yoga is the best option anyone can give.

Apart from religious prospects, it has been scientifically proven that yoga possesses multiple advantages to mankind. From reducing stress to increasing strength and flexibility, yoga came out as the most popular practice among people.

Not just in India, but today Yoga has achieved great milestones in foreign countries as well. Many foreign scholars from various countries learn and practice the art of Yogasana from Yoga Gurus around the world. And it has changed and improved their quality of life as well.

Some of the most popular benefits of Yoga that were scientifically proven are:

During an experiment, it was found that three months of yoga program could reduce the anxiety level and depression of women to half, and brings joy and happiness into their lives. Yoga has the power to bring emotional stability and mental peace into the lives of people.

Inflammation is a part of a process that governs the immunity possessed by our body in dealing with infections via bacteria and viruses. Usually, inflammation happens when a foreign body tends to intrude or triggers the immune processes of the body. Yoga helps in reducing the process of inflammation and chances of getting infected to pre inflammatory diseases like diabetes, heart ailments, and cancer.

The experiment was quite helpful in proving the impact of yoga on inflammation, and later it was revealed that yoga helps in protecting the body from foreign substances and improves immunity.

Heart came out as the support system of a person’s life. From pumping blood to providing blood throughout the whole body, it has major roles to play. Hence, to facilitate efficient functioning, having good heart health is very important. Studies reveal that yoga plays a major role in reducing the risk of heart-related disease and disorders.

During an experiment, it was found that regular exercise and yoga can help in reducing the cholesterol content in the heart to 47%. Cholesterol is considered a major threat to a healthy lifestyle. Even though there is uncertainty in the intensity of yoga, that is required by heart patients yet it’s scientifically proven that yoga is a key to a healthy lifestyle.

Apart from providing a healthy lifestyle, yoga came out as a part of the fitness routine as well. Yoga is effective in improving flexibility and balance. Studies say that yoga optimizes body balance through various poses and exercise techniques.

During an experiment, it was found that between two groups, one performing yoga, the other one performing callisthenics, people who performed yoga had about four times greater stability than those who didn’t. Taking yoga as a part of daily routine can help in improving the performance and flexibility of a person.

There are so many breath-related exercises that enhance the breathing and respiratory system of a person. One such exercise is “pranayama”.

Even in various experiments conducted on yoga, it was concluded that yoga improved the vital capacity (amount of air ejected from the lungs) of the lungs. Thus symptoms of heart-related as well as lungs related problems like asthma can be reduced through yoga. This also boosts endurance and stamina.

Migraines correspond to severe headaches that persist for a longer duration. Studies show that incorporating into our life can reduce the chances of migraines and also reduce the frequency of migraines among migraine patients.

An experiment with 72 migraine patients shows that prolong yoga therapy helped them in eliminating migraines from their life. Later it was revealed that yoga helped in stimulating the vague nerves that were involved in promoting migraine and also relieves the pain.

One of the major advantages of performing yoga is, it calms the soul and improves mental stability. This is a scientifically proven and accepted fact about yoga.

An experiment was also conducted which revealed that people who perform yoga are less prone to anxiety issues. Yoga brings a sense of peace and harmony to the life of people. This reduces the chances of anxiety and stress.

Yoga is often considered the key to strong muscles. Just like improving flexibility, there are certain poses designed to increase body strength. In an experiment, it was found that people practicing yoga experienced a significant increase in their upper body muscles, endurance, and weight loss.

Women practicing yoga had experienced a reduction in their body fat percentage. Practicing yoga along with daily routine workouts is an effective way of boosting strength, endurance, and flexibility along with weight loss.

Mindful eating habit is what encouraged through yoga. Mindfulness means that to be present at that moment. Mindful eating emphasis the thoughts, sensation, and feeling we get from the taste and texture of the food we eat.

This promotes healthy eating habits and reduces the chances of getting eating disorders. During an experiment, it was found that people who performed yoga were less symptomatic of eating disorders like obesity and overeating issues. They also tend to lost weight as well.

Sleeping disorders can lead to problems like high blood pressure, obesity, and depression. Studies revealed that regular yoga and workouts promote better sleep. An experiment with elder groups of people revealed that people who practiced yoga took less time to sleep than those who didn’t practice yoga.

It also revealed that yoga helped them in reducing sleep medication and improved their see quality and duration. Yoga eliminates anxiety, chronic pain, and stress which are the major contributors to sleep deprivation.

Yoga is the best therapy for improving the quality of life. It promotes positivity and eliminates all sorts of negativity internally as well as externally. An experiment was performed among 135 people who were asked to practice yoga for about six months.

After the experiment, it was found that people who practiced yoga regularly were less prone to mood swings, bad temper, and fatigue-related problems. It significantly improved and boost their spirit and mood and changed their approach towards life.

They became optimistic. Apart from the quality of life, yoga helped them in reducing symptoms of cancer among cancer patients. The symptoms of chemotherapy were also reduced. Their minds and bodies were relaxed. Yoga also helped in enhancing social well-being and helps in growing spiritually.

The benefits of yoga are innumerous. It has the power to eradicate the negativity from the soul, body, and mind. Apart from helping individuals in maintaining a healthy lifestyle, yoga also helps in fighting body problems like arthritis, cancer, and depression.

Yoga is the purest form of meditation with no harmful effects. It should become a part of daily routine to stay healthy. Yoga helps in building a strong immune system and protects the body from viruses and diseases. 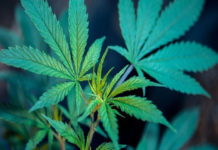 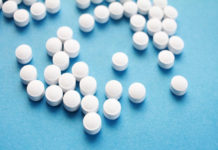