Aaron Sorkin has always been adamantly formulaic as a writer, frequently using the same set of recurrent narrative structures and favourite themes, ranging from an excess of flashbacks to a reflexive admiration for American institutions. 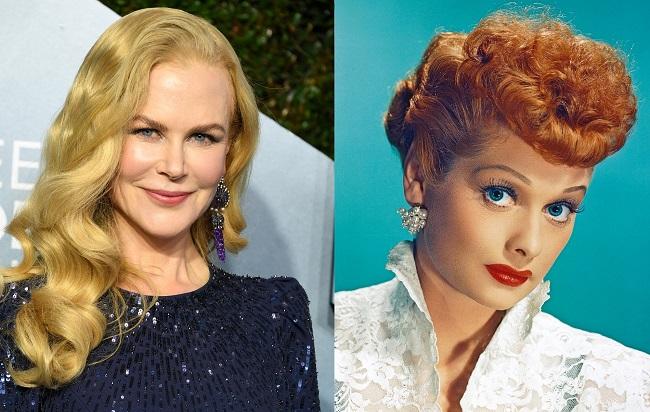 Being the Ricardos, his third film as a director, employs all of those tics and nevertheless suffers from the biographical genre’s fundamental clichés.

The film primarily unfolds as a series of cutaway glimpses into Lucille Ball’s life leading up to this moment, particularly her turbulent relationship with Desi Arnaz. The film is ostensibly about a week of production of the classic sitcom I Love Lucy while star Lucille Ball (Nicole Kidman) defends herself from accusations of communist party membership (Javier Bardem).

The picture is immediately hampered by Sorkin’s propensity of abruptly providing information about Ball and Arnaz that can be inferred from their performances by cutting to the past every few minutes. Particularly Kidman has one of her best performances of her career as Ball.

The film’s portrayal of the iconic sitcom star is, like all Sorkin characters, a vehicle for his particular brand of smarmy, know-it-all snark, with little of the real actress’s mastery of physical comedy on display.

However, Kidman focuses on how Ball’s razor-sharp sense of humour is influenced by a tremendous deal of both professional and personal worry, making this more emotional than humorous.

Story from the Media

Ball’s failing marriage to Arnaz and the constraints of trying to keep the communist tale out of the media accelerate tensions between her and her cast and crew, all of which are etched into the hard façade that she portrays while concentrating on the programme.

Being the Ricardos depicts Ball’s backstage behaviour as almost shark-like—an aggressive attempt on her part to keep moving forward with each week’s production no matter the obstacles that arose. On screen, Ball excelled at playing a youthful klutz.

In Kidman’s eyes, you can see Ball’s lifetime struggle for respect, which Sorkin excessively emphasises with lengthy descriptions of events like her stormy early affair with Arnaz or how she was inspired to take action after being sacked from RKO for being “too old” to star in movies.

I Love Lucy has been criticised by Sorkin, and his dislike of the show’s broad comedy may be the reason why so many of these cutaways appear as the movie begins to focus on the creation, staging, and performance of the show.

Being the Ricardos is at its best when it shows how Ball’s worries about becoming irrelevant and losing her marriage fostered a perfectionist tendency in her work that distinguished her as TV’s first real auteur. It’s a shame that this isn’t the case.

Being the Ricardos might have relied more heavily on these scenes to convey the roiling internal conflicts and deeper meaning of the constant squabbles between actors, crew, and producers on the set of I Love Lucy if there had been another creative eye behind the camera to manipulate Sorkin’s text and give it an alternative perspective.

Instead, Sorkin favours a didactic emphasis on the story’s principles over a more nuanced reading that relies on the audience to follow along on their own without being led.

Ironically, a movie that exposes Sorkin’s disdain for a classic programme because of its appeal to the lowest common denominator draws attention to the patronising oversimplification of his own tactics.