The video game is one of the most important parts of a youngsters’ life. The video game is their source of recreation and entertainment in daily life. There are some perks of playing video games, such as it slows down aging, makes someone a good decision-maker. It also enhances the ability to learn. Video games also improve the hand-eye coordination that is the reflex of a human being. It enhances focus and determination and also helps treat depression.

It also enhances the learning skill and also creates a multi-tasking feature among the players. Whenever we say video games, there is one game that comes to mind is Minecraft. This video game is one of the most popular video games all over the World. This video game is of the open-world and crafting genre. There is a huge audience of this video game even after ten years of this game being launched. Even in the year 2019, this game was the most viewed on YouTube.

10 Best Games Like Minecraft for PC, PS4, Xbox One, iOS, and Android

There were 100 billion views of this game on the site. The users of this game are known as miners and crafters. Even for the old users, sometimes digging diamonds and dodging creepers can be boring and monotonous.

Now the gamers are looking for something new and fresh.  Now here we recommend some games that almost are like Minecraft and the gamers would like to play. We have mentioned the games below.

Eco is in numero uno of the list as the base of the game is laid similar to Minecraft. This game is built upon some form that feels like a significant progression to the idea of Minecraft. One good reason for Eco is that it is used as a teaching tool as well as a game.

As we all have learned that we need to build a civilization as in this World, everything is connected. In this game, we build up a society. Therefore it means we are not only chopping down the trees to make something but also we are chopping where it will not erode the soil.

We also have to keep the waste byproduct less as much as possible so as not to pollute the water. Gentle use of natural resources is valued in the game and is used both as an entertainment and educational tool.

This mode of play is said to be one of the challenging ways that, too, with other players who are capable of stopping a meteor from destroying everything. So we wish luck with that.

Junk Jack is an action-adventure sandbox game. In this game, a player can join for friendly crafting and exploring or devious killing or trapping in a pixelated 2D platform. This game is unpredictable as we don’t know what is going to happen if you dig too deep or venture far from home. But the outcome is always death.

Many games of this genre plop players down and allow them to ruin the World. Junk Jack is of a different lookout. As you open the game and if you are a newcomer, the game provides you with a long tutorial.

This helps the newcomers to understand the shade of the game. Also, for the less experienced players, a simple crafted system with item recipes are provided for a better understanding.

The simplicity doesn’t come at a sacrifice to the purpose. Furthermore, there are several in-game goals to accomplish. This is one of the user-friendly games and is easy to learn.

No Man’s Sky is an investigative survival game. It was created and launched by the indie studio Hello Games. Minecraft first familiarized itself with the concept of procedural generation. No Man’s Sky took the idea and launched its great sky-high game.

In this game, there are over 18 quintillion planets that you are exploring and not only a single world. There are spaceships and aliens involved with a similar survival crafting loop.

As the game was not able to live up to the expectation of the players, it had a rough start. However, the game has been made to something new. It has been revamped and reshaped according to the need of the players.

It has been a worthy experience with an ample amount of things to do. The game is very interesting and never bores the players. If they are, they can create a new planet, a whole new world.

They ride onto their spaceship and fly to another planet they have created for themselves. This is one hell of a creative game, and the players with a creative mind love it.

Craft the World is an unusual sandbox strategy game. An underground network needs exploration and mining; this game Craft the World leaves dwarves under the player’s command so that they construct some fantastic fortresses. The game provides some simple recipes so that after the day’s long construction project, they can craft weapons, items, and ammunition.

These simple recipes are provided in the library. But this game is unlike Minecraft. Here it provides a group of Earth-dwelling homunculi that help in the tasks. Whereas in the case of Minecraft, the player is the single presence in the World.

Craft the World also provides extra muscles to fight against the baddies. The players can also settle traps by some clicks here and there and send them away. This game is quite entertaining and eye-catchy for the players.

5. The Flame in the Flood

The players will have to outlast a river journey through the backwaters of a forgotten post-societal America. They are heading downstream in a washed-out of the USA to find the source of the radio signal.  The Flame in the Flood stands out by its figurative and literal flow of pace, the ecstatic visuals and the folksy soundtrack make it worthy as compared to its higher asking price. This game also provides a dog companion, which makes it way cooler.

Rust is a multiplayer-only survival video game. This game is a cruel world where the players are not provided with any directions or instructions. In the end, the player dies. But slowly, the players will figure out to survive by crafting weapons, gears and also build makeshift shelters to secure themselves from the other players.

Also, it protects them from radiation and the weather hazards of the land. Importantly, Rust is an experiment in the depravities of human nature. This game is quite similar to Minecraft yet quite different.

This game, on the one hand, may kill the player by not-so-nice raiders. On the other, less bloody hand, a helpful group of like-minded players can make the adventure of survival a rewarding team effort. Moreover, the main motive of Rust is to survive in the wilds using gathered or stolen materials.

Players must successfully control their hunger, thirst, and health, or risk dying. Despite the severe threat of bears and wolves, the primary peril is other players due to the game being solely multiplayer.  All the credit goes to Facepunch Studios for creating this amazing game.

This game is mostly based on Minecraft. Lego even inspires Minecraft mostly. Therefore lays a commonality between these games. The game allows players to create constructions in a 3D format generated World.

In the game, Lego Worlds, one can create and also destroy” en masse” You can build fantastical structures using robust crafting tools and also can tear down the environment with one full swoop.

There are modes like campaign modes, collectibles, and classic Lego-style gameplay. Peter Serafinowicz wonderfully narrated the game. This game brings a Lego charm to the Lego Worlds game.

This game has some marvelous quality, which leads to a charming connection of the players to the game. It also charms the players with brick-based biomes.

The game allows players to create constructions in a 3D procedurally generated world. There are quite a few similarities between Minecraft and don’t Starve. Here the Creeper will always remain the king when it comes to crafting scares.

In this game, the group of creatures comes pretty close to the uncrowning of the Minecraft icon. This game also emphasizes staying alive in the crafting of tools and shelters despite the limited resources.

This game is outstanding and stands unique with its gothic aesthetic fused with H.P Lovecraft. As by the name of the game, we can understand that hunger is the first challenge for the players.

Klei Entertainment named the game and prioritized survival. It put intense attention on nourishment. It also taught that fire is also very important. The name says it all.

StarForge is a video game, and CodeHatch created this for Microsoft Windows. It is a Sandbox game that allows for edit for guns and building bases. It is a game mainly based on the collection of resources, building bases, crafting, and surviving on a foreign planet. The Sun is ending due to a sudden creation of a black hole in its decaying orbit.

Humans have transferred as much technology and resources as possible and are left on a mission to populate another planet. It borrows elements from RTS, FPS, and RPG.

Moreover, the game is formed on life on the planet of Atlas, where the gameplay character is living.  Moreover, it is both a single-player as well as a multiplayer game. Also, it is a role-playing action game.

This game is quite literal. Here, in the beginning, a plane crashes in which the player is. The game takes place on an empty, heavily forested peninsula.

The player falls in the middle of the forest, where the players have to craft weapons and find shelter in the wilderness. Their survival is against the nocturnal tribe of cannibals.

This game is scarier than Minecraft and is quite similar to Minecraft. There is a vibe of real Green Inferno emphasizing the wilderness in scavenging for food, finding shelter from the weather, and fighting off aggressive club-toting mutants. This game is strictly not for the kids to play.

Hence I would like to conclude by saying that games other than Minecraft also provide the same thrill and excitement to the players. Above I have mentioned several video games of different genres the gamers will love. There also exist some disadvantages of video games such as it creates lethargic behavior among teenagers.

Also, it causes poor academic performances. It also leads to weight gain and hence obesity. People guided by video games fight and even kill in real life. Although some games are good and helpful, it is nothing comparing to all of these popular addictive violent games around us.

People should take video games as a major problem, and take measures to avoid bad influences. But that does not mean we should not play video games. We should allow some specific hours of the day in this. I suppose that the players will enjoy the alternatives of Minecraft.

Free Robux Generator – How To Get Free Robux 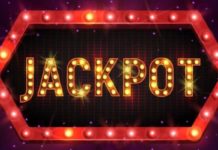 How Do Online Progressive Jackpots Work 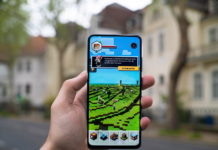